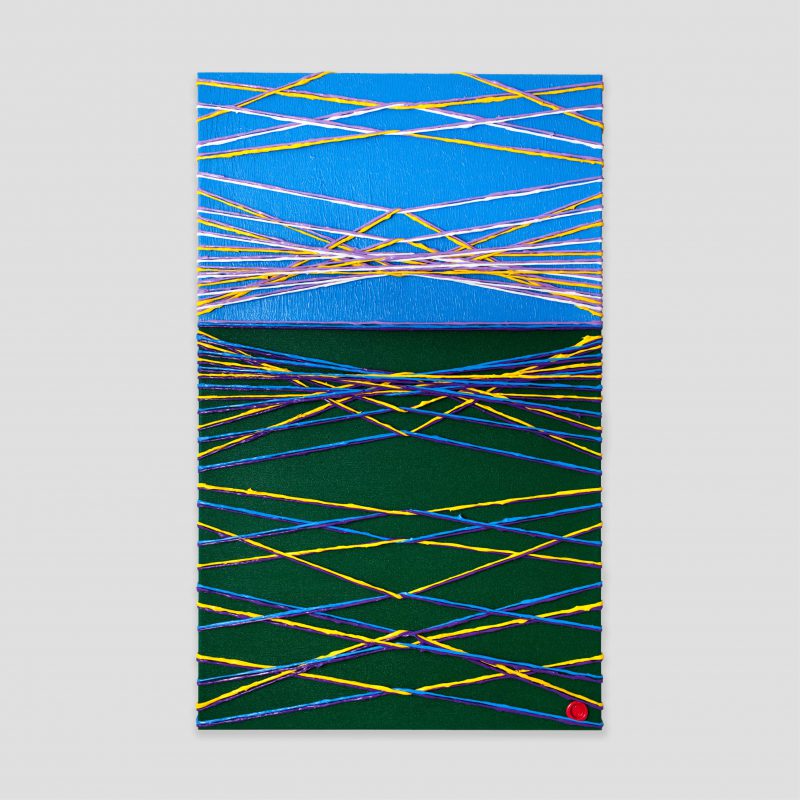 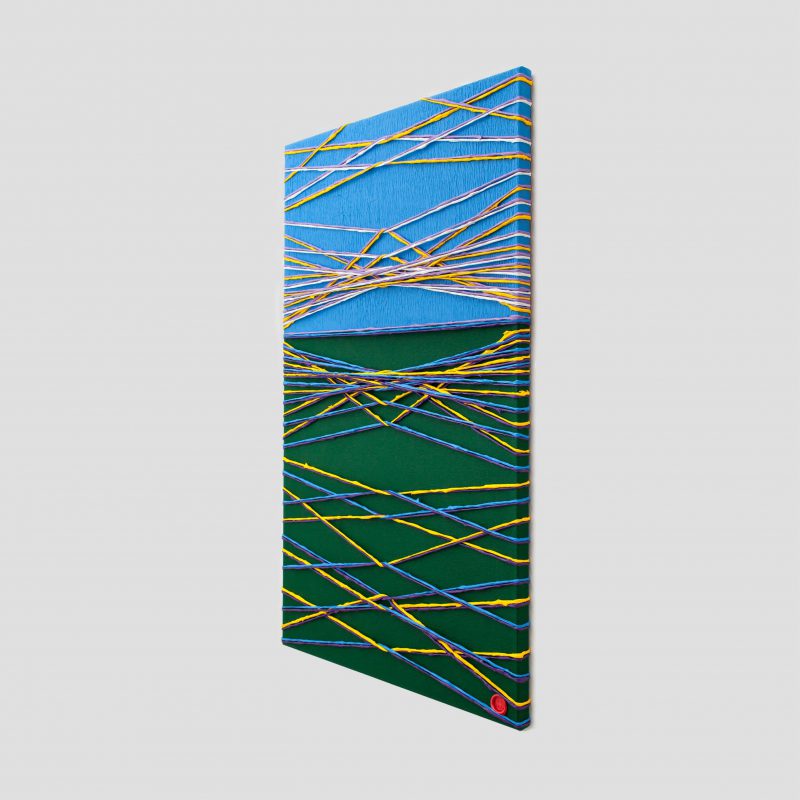 The Noët series is a series of thought experiments with the aim of developing a new painting technique that can connect different theories on visual perception.

I was looking for new painting techniques in which the story behind the visual consciousness would have a more central role. In the study of these observations, I found important similarities between Western theories and Egyptian mythology.

Noët, the Egyptian heaven goddess, bringer of the sun, married with her brother Geb, the earth god, together form a metaphor for the interaction between light (the sun) and matter (the earth). Together they form not only a mythological connection between heaven and earth but also as a metaphor for scientific theories about our visual observations.

The light, the darkness and the matter will later be explained by Western researchers for visually observable events. These visual phenomena are initially partly explained by Isaac Newton and later supplemented by Louis Bertrand Castel. Johann Wolfgang Goethe will later use the theories of Castel to explain phenomena with his color theory as the interplay between light, darkness and a ’turbid medium’.

Goethe’s color theory is very similar to the physical explanation of light absorption, in which electromagnetic radiation is partially absorbed by mediums. It is the scientific explanation through which the world (of matter) before our eyes is visually perceptible.

‘The heavens’ connect heaven and earth. They mirror each other in thought and in visually perceptible form.